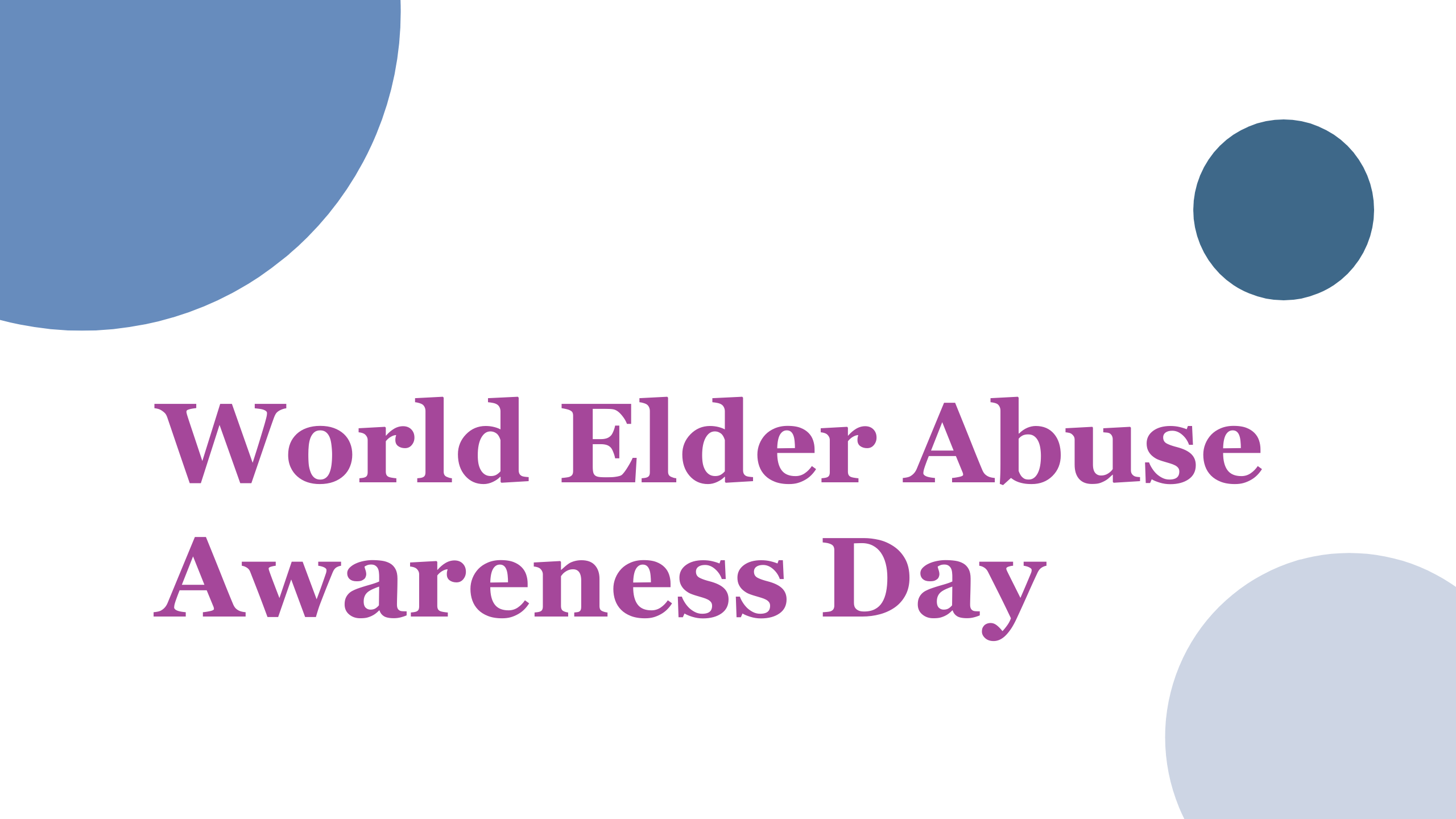 For World Elder Abuse Awareness Day we want to highlight the connection between ageism and sexual violence:

According to the World Health Organization, ageism is the stereotyping, prejudice, and discrimination against people on the basis of their age.

One example of ageism is the assumption that older adults don’t have sexual or romantic desires, and are therefore not at risk of being sexually assaulted. This assumption not only ignores the fact that many older adults have rich and fulfilling sexual lives, but it also fails to understand the true motivations behind sexual violence.

Contrary to popular belief, sexual violence is not about sexuality or uncontrolled sexual urges. Sexual violence is about power, control, and entitlement. We know this because people who use abusive behaviours often target people who, like many older adults, are put into positions of vulnerability in our society.

Addressing sexual violence in the older adult community starts with acknowledging that it happens. We need to challenge ageist assumptions that prevent us from recognizing potential abuse, promote environments where older adults feel safe to disclose, and, above all else, believe older adults when they come forward about their experiences.

For more information on sexual assault or for emotional support if you or someone you know has experience sexual assault, call the SACE Support and Information Line, available from 9 am to 9 pm daily at 780.423.4121. Older adults and their supporters can also call the Seniors Abuse Helpline available 24/7 at 780.454.8888.

EducationPreventionPublic Education
Archives
Back To Top